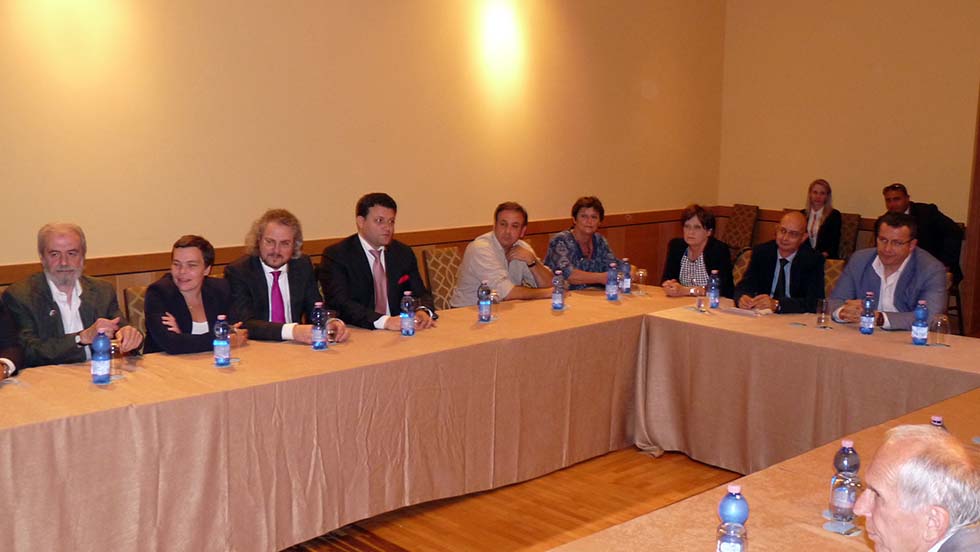 Today, on September 18 of2014, atSheraton hotel in Tirana, was held the meeting between members of Albanian Jewish Community and the delegation of World Jewish Congress (WJC) represented by the President Mr. Ronald Lauder and the delegation of Euro Asian Jewish Congress (EAJC) represented by the President Mr. Julius Meinl V. In this cordial meeting, from these delegations was communicated to the Albanian Jewish Community, that It is now a member with full rights to the WJC and EAJC. The two Presidents also emphasized the support of these two organizations to Albanian community in the future by assisting the building of a Synagogue andthe opening of a Jewish Cultural Center witch can better serve our community, but not only.

On Thursday, September 18, 2014 our country will be visited byMr. Ronald Lauder, president of "World Jewish Congress" and Mr. Julius Meinl V, which is the new president of the "Euro-Asian Jewish Congress". These two personalities will have a private meeting with the Jewish community in Albania.

On 17 June 2014 at 19:00 at Hotel Sheraton, Embassy of Israel in Albania, organizes thepromote book with the author: Prof. Dr. Shaban SINANI "Albanians and Jews - The Protection and Salvation".In cooperation with the symphony orchestra of “Albanian Radio and Television” with financial support of MPTom Doshi and with the participation of Israeli conductor Shalev Ad-El. At 20:00 a Jewish dinner with dishes from Israeli chefs.

From 17 to 19 June 2014 the Jewish community in Albania will be visited by a delegation of " Euro – Asian Jewish Congress" led by Mr. Josef Zisselswho is the General Council Chairman of EAJC and acting as vice-president of "World Jewish Congress", accompanied by the President of the Jewish Community of Montenegro "Mr. YashaAlfandari. The purpose of this delegation is closely acquainted with the Albanian Jewish community as well as establishing contacts with communities worldwide. During this visit, the delegation will meet with senior officials of the Albanian state. 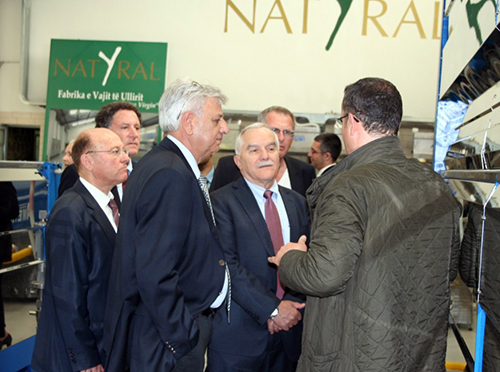 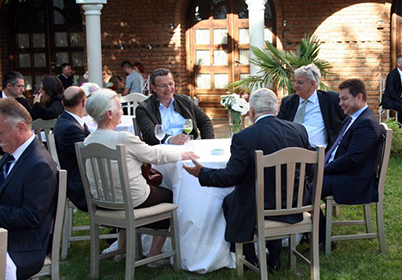 With " Man of Olive " and Jews Dojaka Shamir has also developed a visit to one of the Albanian businesses invested more in agriculture , factory farm known oil and Natural on the outskirts of Tirana . Investor Dojaka Arthur , known as " man of the olive " because millions of euros of investment in this area has been chosen Israeli delegation to visit during their stay in Albania . Z.Dojaka family Cham - Jewish descent Dojaka recognized for passion for organic products . Israeli delegation including Shamir and Israel diplomats in our country have visited the factory premises of Natural olive oil and then Natural Farming cattle ranch . Shamir called a fantastic environment . Friends of Israel stayed behind with family Dojaka , Arthur , Amos and their mother of Jewish descent on grounds of Villa Toscana pleasant .

On the occasion of the official visit of the Minister of Agriculture of the State of Israel, Mr. Yair Shamir to the Republic of Albania, the Albania-Israel Chamber of Commerce (AICC) organizes, on Monday May 26 at 10:30 at Tirana International Hotel, Balshaj room, a meeting with businessmen, agriculture associations, interested agribusiness groups and Albania Agribusiness Council . Participants in this meeting will be presented with the Israeli experience in the area of agriculture, scientific and technological achievements and the future of the Albanian-Israeli cooperation in the area of agribusiness.